REVIEW: ADRIFT ON THE SEA OF RAINS 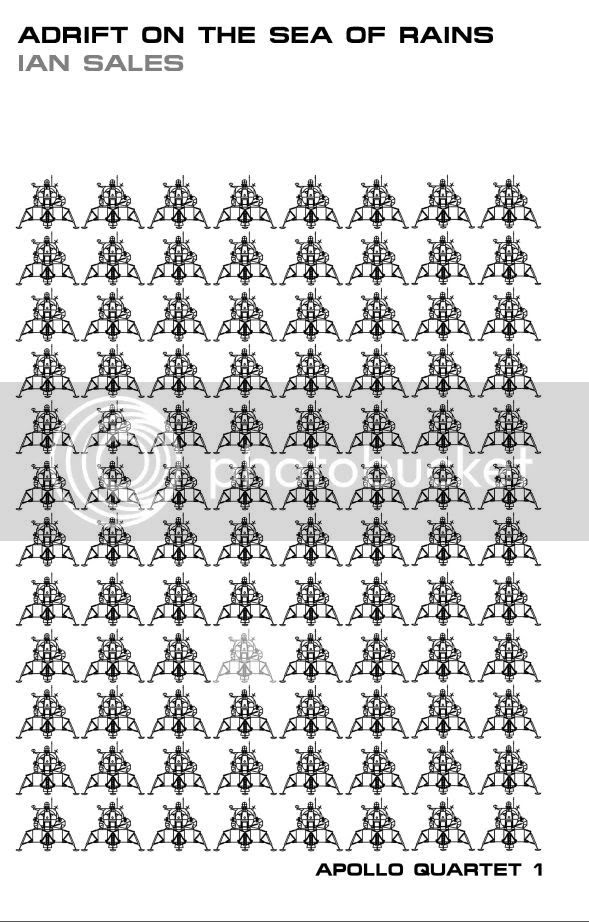 When a nuclear war breaks out and the nations of earth are destroyed, it maroons a group of astronauts on the Moon. Using the "torsion field generator", they hope to find an alternate Earth that did not suffer nuclear armageddon. But once they do, how will they return home? They have one Lunar Module, which can carry only four astronauts into Lunar orbit...

Sales's novella is very Hard SF one, but as it becomes clear rather quickly it is set in an Alternate History. This may seem like being a contradiction, but Sales manages to make it work very well.
Interestingly it is neither the Hard SF nor the Alternate History elements that are the best thing in this story. What stands out most is the feeling of desolation and claustrophobia that Sales conveys through his writing. There is an underlying tension to the whole of this, that together with the chilling Alternate History scenario in the background makes for a very eerie read.

Being a fan of Alternate History, I care about how "what if..." scenarios are presented. It doesn't matter how interesting an idea the diversion from our history is if there's no plausible way to get to the alternative world that the story contains. Fortunately, that is not a problem here. Sales presents a future that seems to be  just a flicker of coincidence away from the history we know.

There is something that has to be mentioned about the Hard SF in this novella, namely that it very easy to argue that there is none. This may sound a bit strange of me to say when I have already stated that this is "very Hard SF", but the SF is only Hard SF in the Alternate History setting of the story.
If you, like some people I have seen online, argue that Alternate History is Fantasy, rather than Science Fiction, then this would be a Fantasy novella. As someone who has a strong interest in History, I would say that Alternate History is without a doubt Science Fiction (, i.e. scientific speculation about how history could have diverged), and thus I don't hesitate to say that this is a Hard SF story in an Alternate History setting.
Without going into spoilers, I will say that there is an element that isn't very realistic. But in the way it is handled here that is not a problem. Rather it feels as an integral part of the alternative timeline of the story, and in my opinion doesn't detract anything from the Hard SF feel of this novella.

The story itself is very well written. Sales manages to convey a lot in a limited amount of space,  especially the worldbuilding is excellent. Most of the history of this timeline is presented in its own passages, as retrospectives. I found this to work very well, they add to the main storyline without being disruptive to the flow of the story.
I've already mentioned the tension of this story, and that builds nicely as the narrative moves along. It's never clear what is going to be the conclusion to this tale, and the ending comes with a very satisfying twist.

There's no doubt that this story will be a great read for those who are fans of Hard SF, and the Alternate History elements make it worth picking up for fans of that genre. It's connection to the Apollo program will also make this a good read for anyone interested in real world human space exploration.

Note: I won a Hardcover edition of this in a competition on the author's website, and I have received an e-ARC for review.